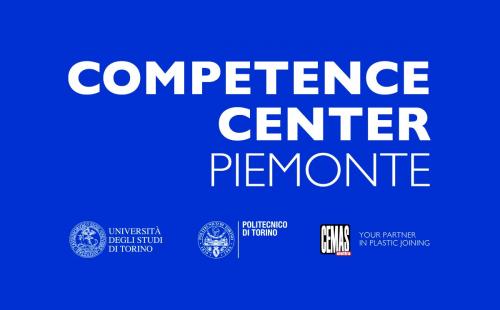 CEMAS Elettra: one of the innovative realities in Piedmont

CEMAS between the "giants"

In December 2018, the Consortium was officially established as "Piedmont Competence Center COMPETENCE INDUSTRY MANUFACTURING 4.0 (CIM 4.0)" and it received a fund of about 10.5 million euro from the Ministry of Economic Development on the Industry Plan 4.0.
In particular, the Competence Center will provide guidance and training services to companies (in particular SMEs) and it will implement innovation projects, industrial research and R&D.Alongside "industrial giants" such as TIM, FCA, LEONARDO and SFK, CEMAS Elettra is one of the 27 partners of University and of Polytechnic of Turin who will work in the "Competent Center" of Piedmont: a center of expertise that promotes applied research, technology transfer and training on advanced technologies.

The keyword is: innovation

One of the main goals of the Consortium will be to design, develop and manufacture innovative "pilot lines" available to companies for different manufacturing technologies.
Thanks to this synergy between research and technological application, the Competence Center aims to become a technological and technical reference point in all the areas related to industry 4.0 (Big Data, Internet of Things, robotics, photonics, cybersecurity, new materials, energy efficiency of processes).
Automotive and aerospace, the two main industrial districts of Piedmont, will be the most involved sectors, without however excluding other manufacturing sectors such as the food industry.

Turin will be the the "house" of the Competence Center

However, the Piedmont Competence Center will not be a "simple" virtual network of laboratories or a service center, but it will be firsty a physical place in which will be experimented new advanced manufacturing technologies. In a first phase, in fact, the Competence Center will be placed at the Lingotto of Turin, a building symbol of Piedmont Industrial. 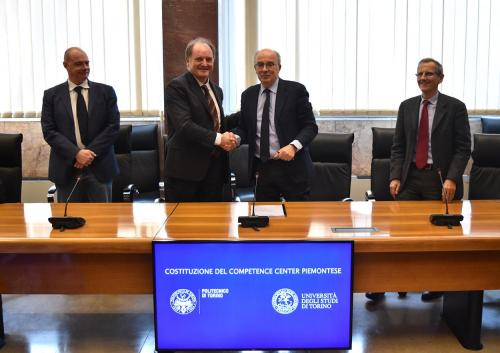